Login
Highlights
Panasonic Life Solutions India Opens It’s Exclusive Brand Outlet in Jaipur
Top10 Shifts That Will Define The Future Of Building Materials Industry In India
Luminale Amazes Light+Building 2020 Audience – This Time Digitally
Lighting, Furniture, Bathrooms And Kitchens: The 2021 Edition Of Salone del Mobile Will Have All It’s Sub-Editions At One Place
Design Plus Competition Winning Entries To Be On Display At Light+Building 2020 In Frankfurt Next Month
Bathroom Fittings, Accessories & FurnitureTechnology

Hansgrohe Group adjudged one of the Innovation Leaders of 2020; Receives TOP 100 Seal for Third Straight Time

The Hansgrohe Group has recently been adjudged one of the top innovation leaders of 2020, among mid – sized German companies. Hansgrohe Group got this distinction (TOP 100 Seal) third time in a row and fourth time overall.

This was the 27th round of the TOP 100 innovation competition and Hansgrohe Group impressed everyone in two categories: “Innovative processes and organization” and “Innovation-promoting top management”.

Innovation researcher Prof. Dr. Nikolaus Franke and his team gave TOP 100 seal of approval to Hansgrohe based on the Group’s remarkable innovative strength: “The innovation successes show the positive effect of a good innovation climate and innovation-oriented structures and methods,” the researcher explains.

For science journalist Ranga Yogeshwar, who has accompanied the competition as a mentor since 2011, the innovations of the TOP 100 are an expression of a we-culture: “The medium-sized companies are concerned about securing their long-term future. They don’t think of progress from the perspective of short-term profit, but rather with an eye to securing the company’s existence,” says Yogeshwar.

Innovation, courage and creativity are the three tenets that have been in the DNA of the company since its inception in 1901. The founder of the group, Hans Grohe exhibited immense courage to think ahead of the times and launched hand held shower for private bathrooms; a concept that didn’t even exit during those times. His son, Klaus Grohe carried forward that legacy of being innovative and creative in every aspect of the company’s operations. These traditions have been embedded so strongly in the company’s culture that even after Klaus Grohe handed over the reins of the company in 2008 to the professional CEO; the tradition remained intact.

For years now, new products that are not older than three years have accounted for more than a quarter of the company’s turnover. Steffen Erath, Head of Innovation at the Hansgrohe Group feels that the group practices innovation management to improve the quality of life of people and all their endeavours are aimed at the fulfilling the needs of the people and making their lives easier.

To be able to achieve this objective, they need to consistently improvise the product development process with the ultimate aim of taking the user shower experience to the next level. In 2017, Hansgrohe founded the “Innolab” pilot project in Schramberg, Germany, few kilometers from the HQ, where the developers have complete freedom to think outside the box and experiment in any way.

hansgrohe RainTunes is a recent example of how successful a systematic focus on the capacity for innovation can be. The novel shower system shows how the trend towards digitalization can be combined with real added value for people. “RainTunes offers a multi-sensory and inspiring shower experience and turns the bathroom into an individualized and very personal place of well-being,” says Erath. In cooperation with experts from different areas of life, hansgrohe has developed the RainTunes scenarios: The synchronization of water temperature and intensity, control of light, fragrance, music and other multimedia applications, combined with the hansgrohe Home App, implements innovative digital possibilities in the bathroom.

More information on Hansgrohe’s innovation management for digitization and product development can be found on their website.

Since 1993, compamedia has been awarding the TOP 100 seal of approval for special innovative strength and above-average innovation success to medium-sized companies. Since 2002, the scientific direction has been in the hands of Prof. Dr. Nikolaus Franke. Franke is founder and director of the Institute for Entrepreneurship and Innovation at the Vienna University of Economics and Business Administration. Mentor of TOP 100 is the science journalist and TV presenter Ranga Yogeshwar. Project partners are the Fraunhofer-Gesellschaft for the promotion of applied research and the BVMW. As media partners, manager magazin, impulse and W&V accompany the company comparison. More information is available at www.top100.de.

CERSAIE postpones this year’s show to 2021, in the wake of Corona pandemic

Why are HVAC systems the backbone of buildings?

Building Automation Systems: All You Need to Know... 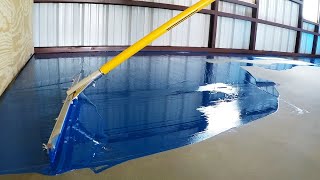 How to do Epoxy Floors ? A step by step guide 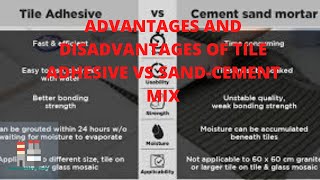 Tiling Adhesives or Sand Cement Mix: Which one is better? 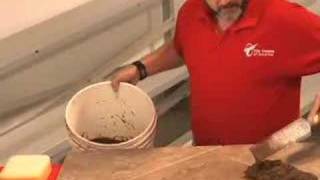 Grout Workshop: All about grouting on floor tiles